The Sunderland Echo Quiz League is well into the season now. For anyone local the table below will give you an idea of the pubs/clubs that compete. The temporary website at http://www.wearside.webspace.virginmedia.com/page14.html will give you a lsit of fixtures and if anyone local is interested in joining then pop me an email to fully234@hotmail.com and I will pass your info onto the league chairman.

Posted by DanielFullard at 08:55 No comments:

"Can you find the link? Have you banked enough to stay in the game? Will you hold your nerve facing... The Super Link?

The Link is a brand new quiz show where teams don't just rely on general knowledge but their lateral thinking, in a race to find the link between the answers.
We're looking for enthusiastic, outgoing teams of two, with good general knowledge, who fancy battling it out for a potential cash prize. So, if you, your family, friends or colleagues love a challenge and think you've got what it takes, get in touch for an application form now!
The Link is produced for the BBC by STV Productions Limited."

Posted by DanielFullard at 13:12 No comments:

Revenge of the Egghead 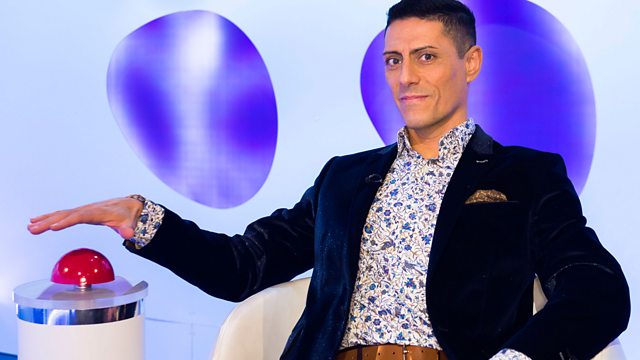 You may well have noticed that a new quiz show started this week on BBC 2....Revenge of the Egghead. Starring CJ De Mooi as "The Egghead" in question, this airs weeknights at 6pm on BBC 2.

I have caught up with the first two episodes and my general opinion of Revenge of the Egghead is that I certainly won't be sticking with it for very long. The main problem with this show is the fact that it seems nothing but a vehicle for the antics of CJ De Mooi. On his original run in Eggheads he provided good entertainment value, at times, and created himself a somewhat "pantomime villain" persona.

The format of the show is quite simple. CJ takes on 5 players on each episode of Revenge of the Egghead who each begin with two lives. they are asked straight general knowledge questions in turn by Jeremy Vine and each is worth £200. As soon as a player gets a question wrong CJ is given the opportunity to press his buzzer and if he is right, the contestant is then placed on the "hot spot" where they are given a multiple choice question by CJ (who apparently wrote it "himself"). If they fail to get it right they loose a life., loose both lives and they are out.

A claxon sounds towards the end of the game at which point any remaining players face CJ for the money. CJ is given 10 GK questions to answer and the opponents then have to beat his score on 10 different questions.

Revenge of the Egghead after just two episodes is dragging already. The novelty of a new quiz show can usually sustain my interest for at least half a dozen episodes but a number of factors contribute to this being fairly mundance.

CJ himself has totally ramped up the arrogance for the show and it no longer comes across as fun. A number of people have commented on his ability as a quizzer to carry off such a show, especially compared to other quizzers on Eggheads itself and The Chasers, but I shall refrain from that line of thought suffice to say that the show has not really been open to decent quizzers as contestants from the experiences I have heard of.

Overall I cannot really see myself changing my mind on Revenge of the Egghead but I would love to know the thoughts of others on this show?
Posted by DanielFullard at 13:12 2 comments: