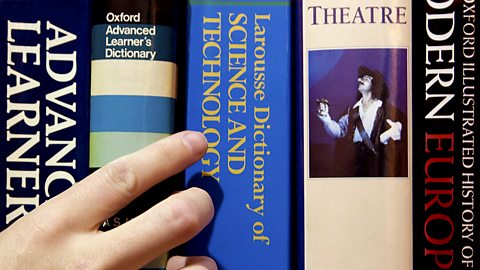 Well, its all over for another year. Mark Grant has been crowned Brain of Britain 2014 after a very riveting final that could have went either way right until the very end. Mark built a lead an held onto it for a much deserved win.

This was of course the series I was involved in, briefly....very briefly, and would recommend anyone interested in quizzing to give it a go. A very enjoyable experience and I look forward to 5 years time when I can re-enter and hopefully my "Tv/Radio Nerves" will have gone by then!

Congratulations Mark and well done to all who have taken part.
Posted by DanielFullard at 16:31 No comments:

The boom I wrote at the start of last year is still available on the Kindle Store. The sequel will be coming within the next few weeks. Any thoughts on the current book would be much appreciated. No Kindle needed to read it. Cheers.


You can find the book HERE
Posted by DanielFullard at 16:22 No comments:

The Sunderland Echo Quiz League has now entered its second half and it seems Ashbrooke (including recent Brain of Britain and Only Connect Semi Finalist Dave Taylor in their ranks) are running away with the title. Only a few more wins should assure them the crown.

All future fixtures can be found HERE and hopefully a brand new website will be posted up before long!

If anyone in the local area is interested in the league pop me an email to fully234@hotmail.com and Ill post on your details to the League chairman!
Posted by DanielFullard at 15:05 No comments:

I picked up the 15-to-1 2000 for 2000 title some time ago and have only recently managed to get round to working my way through it.

As the title suggests the book is now 14 years old but the quality of questions is rather high. There is very little filler and before long you are straight into quality questions testing all aspects of your general knowledge. One pet hate about quiz books is the amount of "easy" filler they tend to include in early pages but this title is in line with the series and is well worthy of a place on your shelf.


Posted by DanielFullard at 15:09 No comments:

As promised earlier in the week here are some of the unused questions from the latest League set I produced for the Sunderland Echo Quiz League. If you would like the full set please email me at fully234@hotmail.com

1. What is the title of the novel written under the pen name of Robert Galbraith that shot to the top of the bestsellers chart in 2013 after revelations that the real author was JK Rowling?

2. “Where Do You Want To Go Today” is an advertising slogan that has been used by which international company?

3.  Which golfer who was inducted into the Golf World Hall of Fame in 2013 holds the record for the most number of European tour event victories with 31 despite never winning a major championship?

5. In which Jim Carey movie does he play a character called Joel who discovers that his girlfriend, played by Kate Winslet, has had their relationship scientifically erased from her memory?

7. What is the name of the “intelligent personal assistant” which appears on Apple phones and tablets which requires the user to simply speak into the device in order to carry out tasks?

8. In 2011, Osama Bin Laden was located and killed in which town named after a 19th Century British Army officer?

9. Which actor, comedian and writer is the current host of “The Unbelievable Truth” on BBC Radio 4?

10. Which former Prime Minister wrote a history of cricket entitled “More Than a Game: The Story of Crickets Early Years”?

I intend to use it for questions, current affairs quizzes and all the usual bits and bobs along the lines of what you might find on the blog.

Feel free to follow and by all means add your twitter usernames to the comments section!
Posted by DanielFullard at 08:37 No comments:

It has been rather a hectic month on all fronts, hence the lack of posts, but I am fully intending to get back into a more regular series of updates.

2014 has started out rather slow in terms of actual quizzing for me. I have not yet attended one of the the monthly GP events due to restrictions on my time for a variety of reasons....one of which has been setting. For some time now I have been working for a major Quizzing App which has taken off like a rocket. I have been enjoying setting questions on a wide range of subjects and if truth be told I have been enjoying this a lot!

In fact setting has taken over the majority of the first 3 months of the year for me. In between the thousands of questions for the App I have also been working on two new books to be released soon on Kindle and the usual League set. All fun and games! I am finding this is a very useful learning tool so I am starting to deliberately set questions in areas I am unconfident with. All's good! Hopefully I will be posting up some leftover questions from the League very soon!


I hope you are all well!

Posted by DanielFullard at 14:58 No comments: