UK based quizzer Gareth Kingston (who I am sure you will have seen on one of his many TV appearances) has launched a new Youtube Channel "All Things Quiz". Certainly looks very promising and already has some great content on there!

It’s the kind of channel I want to watch, and I hope quizzers will want to watch it too.
Already on the channel are:
- Quiz Week: a weekly review of what’s happened in quiz. This week featuring Quizzing World Cup, QLL, OQL, Mimir’s Well, Only Connect, University Challenge and Brain of Britain. If you have suggestions for what should be included next time, let me know.
- Challenges: we have modern quizzers playing the 1980 Brain of Britain Final, and we have a play-along version of Bill McKaig’s record breaking 433 final round of Fifteen To One. Videos showing quizzers playing the McKaig questions for leaderboard glory are coming soon
- Reactions: reaction videos
Future content includes:
- More challenges are coming soon for quizzers to participate in
- Interviews
- Documentary style short videos
- Quiz lab – where new quiz formats are developed and tested
Subscribe to the YouTube channel (subscribers will receive preferential access to challenges), or follow the facebook or twitter accounts to be kept up to date with chances to participate.
If you feel you have an idea that would fit in with the channel’s ethos then please let me know. Over time it would be great to get more voices and more perspectives on this quizzing life."
Posted by DanielFullard at 12:43 No comments: 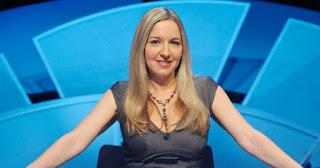 Just in case you missed it, Only Connect returns to BBC 2 tonight meaning Quizzy Mondays are well and truly back!
Posted by DanielFullard at 08:52 No comments:

My latest General Knowledge Quiz goes live on Wednesday at 7pm (UK Time) at Wikiquiz. 50 questions to tackle in 30 minutes. Link to register is HERE

Posted by DanielFullard at 14:09 2 comments:

Shaun Williamson - 'A Matter of Facts: One Man's Journey into the Nation's Quiz Obsession' - New Book 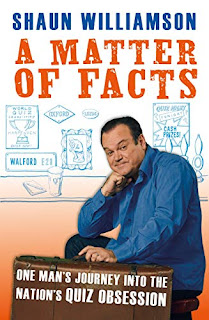 Whether you have seen him pop up on countless Celebrity Quiz Shows, or indeed noticed his appearances on the UK Quizzing Circuit, it is safe to say that Shaun Williamson (yes...Ill say it....Barry from EastEnders) is a very keen quizzer. In October he launches 'A Matter of Facts: One Man's Journey into the Nation's Quiz Obsession' and I have been lucky enough to get my hands on an advance copy which I have spent the last few dew days reading.
There have been a fair few attempts in recent years to try and capture the British Quiz Obsession and Shaun brings to the table a book chronicling a year-long quest to improve his rankings in the World Quiz Championships. The book recounts Shaun’s attempts at Grand Prix quizzing events as he tries to improve his scores, and he takes us on the journey by going through questions he got wrong, his triumphs and his failings. People who have been the Grand Prix Quiz Events before will relate to the struggle and for those who haven’t it will give you an insight into what happens on the first Saturday of every month between the nation’s most keen quizzers.
In between the question analysis and tales of quizzing adventures, including a run at the Kent Championships and tales of on-board cruise quizzes, Shaun likes to throw in plentiful facts here and there to keep the reader engaged and I certainly learned a thing or two! Shaun explores the wider world of quizzing too, including interviews with Ian Bayley and David Stainer, two of the biggest names on the Quiz circuit.
I won’t spoil too much but he also looks at various elements of how he can improve his results in other ways than just practising quiz questions. The interview with the World Memory Champion is a particular highlight. The book serves (probably secondary so) as an autobiography covering Shauns’ various pursuits from Bluecoats to EastEnders and beyond. The autobiographical elements are mixed in with the quizzing aspects making it a diverse and engaging read.
Overall, for anyone with even a remote interest in quizzing, then this is one of the finest books of its kind. Similar books about the world of quizzing have been written, but this takes a unique approach and is written by someone who has actively quizzed most of his life, competes in events to this date (evident by his presence at last weekends British Quiz Championships) and has a clear passion for playing quizzes!
The book is released on October 1st (see link below). You won’t regret buying it!
Posted by DanielFullard at 09:39 No comments:

My post yesterday, to my shame, failed to mention one key thing. The winner! So huge congratulations go to Pat Gibson (Eggheads) who took victory with a whopping score of 167 to secure the title of British Quiz Champion. 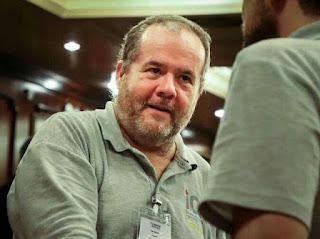 Posted by DanielFullard at 09:35 No comments:

On something of a whim, I decided to enter the British Quizzing Championships at the weekend. Back when I was doing the Quiz GP circuit on a more regular basis, I had entered the British Quiz Championships in 2013 and secured what I rank as my best ever quizzing performance, landing 28th position. Given that was 7 years ago, and the lack of GP practice etc, I would be foolish to aim that high this time around but had a realistic goal of ending in the Top 50-60. In the age of Covid, this was a British Quiz Championships like no other with several live venue's running and a Zoom room for players not able to make a venue. Given that my decision to enter was very last minute, it was Zoom for me, and after going through the set up rules I was ready to play at 11am on Saturday with around 70 others in the zoom and over 100 at live venues. The BQC, as I now shall refer to it as, involves 6 sets of 40 questions on Sport, Entertainment, Art and Culture, Lifestyle, History and Civilisation and Physical World. Anyone who has played a Grand Prix Quizzing event will also know that only your top 5 scores count, meaning one of your papers is dropped. I do not necessarily agree with this rule, as I think a quiz is a quiz and you shouldn’t be able to just drop a subject. I understand why they do it, but….. ….it does tend to help me. As it means 60% of the quiz is contested on my three favourite subjects. Sport, Entertainment and Lifestyle – meaning I can get away with having a poor Physical World paper (or in fact not even giving it much time as I did this weekend). Hardly seems, fair and my place would drop considerably had all 6 been included. But the rules are the rules. As it happened, I was able to land a solid 60th place out of 167 players which I am happy with including a joint 7th finish in the Sport genre. Again, I was solid throughout the three papers I consider my strongest, so if entering again next year my focus has to be on improving the History/Civ and Art and Culture scores to the same level. It was a fun paper, set by Andrew Frazer of QLL, and I left only about 5-6 points “on the table” but probably balanced that out with some lucky guessing. Lowlights being not being able to name Elvis First US No. 1 (even though we were told it had an alliterative title) and fluffing a gimmie on Passport colours by not being able to grasp the question but all in all it was a fun quiz and it was good to be back competing in a GP event. Roll on next year….
Posted by DanielFullard at 09:35 1 comment:

Following on from the Sports Quiz a couple of months ago, my latest quiz for Clarity Media has now gone live and the subject this time is Football! 20 questions to test your knowledge out...give it a go!
Posted by DanielFullard at 13:39 No comments: