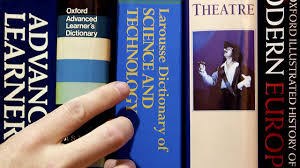 I convinced myself that I had checked the schedule and Brain of Britain was having a total xmas break but by accident noticed that the fifth heat of this series did indeed air yesterday.

I knew there were a few big hitters taking part in this years Brain of Britain and David Stainer, Only Connect Champion of Champion, highly ranked UK quizzer (and probably more accolades and appearances than I can note), is one of these.

During the first round George Duda got off to a solid start but confused Mitosis giving David Stainer his first point of the contents. Oliver Levy got himself off the ground and no one knew that the only Bond title with a female narrator is The Spy Who Loved Me (great fact certainly I learned from this). David Stainer got his first question set with questions on the Bevan Boys, Pol Pot and Order of the Thistle to move into a 3 point lead.

Round 2 kicked off with George missing his question but gaining a bonus on Italy's largest Lake (Garda). A string of wrong answers and David Stainer scored a bonus but fell foul of a question on the band Madness. But a four point lead was now opened up.

The pattern continued into the third round with a superb "sound-bite" answer from David on George Brown. Oliver Levy did not know the home ground of Cambridge University Cricket Team (another fact I learned...Fenners) and by the time David Stainer scored a 5-string bonus it was already looking as though he was on for not only a final place, but the highest score of the series so far. Clare Green faced the first music question of the heat in the next round which was rather tough. Clare seemed to get a really tough set all throughout the heat tonight and indeed was yet to score. An 11 point lead for David Stainer going into Beat the Brains.

Beat the Brains this week involved a question on which Nobel Prize Winner for Literature did not write in English. (Issac Bashevis Singer).

Into the second half then and the same pattern continued as it became obvious only one winner was emerging from this heat. There was still every chance one of the others could make a push for a runners up slot. David Stainer racked up another bonus in the final rounds and took his score to 26.

So congratulations to David Stainer on a superb win with the highest score of the series so far.

The final standings were...

Overall standings for the series...